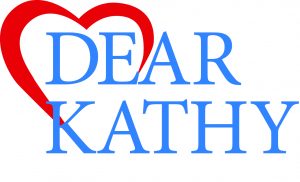 Isolation and abuse of a parent also constitutes abuse of that parent’s family. Most of us here at Kasem Cares have experienced the trauma and loss experienced when a third party takes a loved one away their from family and friends. We have all united through Kasem Cares to make sure no one ever has to go through that pain alone again.

To further this goal, we would like to hear from you, people like us, who are family members and loved ones who have been left to piece things together and to struggle to figure out how this tragedy happened to their families.

Please feel free to share your own stories, contribute, ask questions, and write to me at kathy@kasemcares.com. I’m starting this column to include important information about elder abuse and isolation as well as related topical insights and personal stories of isolation and abuse. 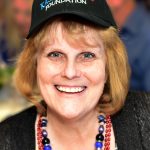 Kathy was blessed to have the title of domestic goddess for most of her adult life. She is the mother of three grown children and grandmother of Wyatt, Wynnie and Dylan. She worked for the United States Postal service as a mail carrier and union representative for eight years negotiating with management for the rights of her co workers.

In 1990 Kathy got involved with the self help movement attending many talks and conferences on sexual abuse, domestic violence and chemical dependency with speakers such as Depok Chopra,  and John Bradshaw. As a member of the Red Cross she helped hurricane Katrina victims by listening to their stories and obtaining clothes, medical attention and funds for lodgings.  Christmas of 2012 Kathy’s father was taken by a caregiver friend who left no information on where they were going or when they’d be back. That was the start of her fathers 14 month isolation, abuse and eventual death at the hands of others. This led to her involvement in Kasem Cares and her position on the executive board of Kasem Cares. Kathy’s passion now is to advocate against isolation and elder abuse.