EXPERIENCING ISOLATION ABUSE? YOU ARE NOT ALONE.

Home/EXPERIENCING ISOLATION ABUSE? YOU ARE NOT ALONE. 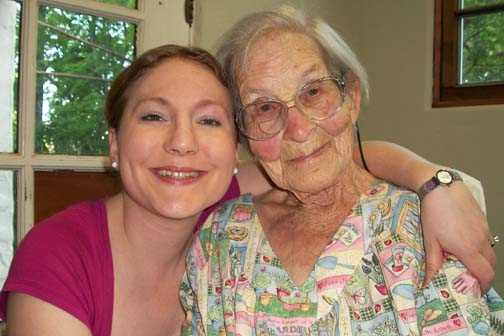 It happened to me too.  Even though I was a mental health professional and care manager working with older adults.  Even though my husband and I had previously been caring for my grandmother in our home and received rave reviews about the care we were providing.   Isolation abuse happened to us.

It all started in July 2014 when my grandma went under conservatorship with a court-appointed CA licensed professional fiduciary, precipitated by a family conflict over her care. All parties decided that it made sense for my grandmother to move from my house to my mother’s house, and the Conservator promised that I could continue managing my gma’s care after the move.  But, instead, her move was the conservator’s first move in pushing me out of her life.  Much of what happened next is shown in the YouTube video “A Centenarian’s Conservatorship Story.”

In short, the conservator isolated my 99-year grandmother from her family and then facilitated her being given end-of-life medications that she did not need or want.  Although these medications were in her home for over two months and were constantly being pushed on her, she never received one drop.  There is no doubt in my mind that she was able to live out a much fuller life (albeit, still under conservatorship) because of the intervention of her family.

So what made the difference?  First, I want to say that each situation is unique and so I do not want anyone to feel guilty or judged for not having done these things.  Second, it is possible for a loved one to do some or all of these things and still have a poor outcome.  These are suggestions* that might increase your chance of success.

As the saying goes, “knowledge is power,” and this is especially true where there is a huge power imbalance.  When I was beginning the conservatorship process, I was very shocked to find out that there were very few resources available to educate the public about conservatorship.  The ones I did find, I voraciously read and took note of anything that could be helpful for protecting my grandma.  Even prior to the morphine appearing on the scene, I came across an article about AB937 written by elder advocate Linda Kincaid.  This article confirmed for me that the conservator did not have the right to restrict access to my grandmother and gave me the confidence to push back against the restrictions.

Educating myself about the Probate Code allowed me to insist on getting access to documents that I was told were confidential, such as the Confidential Supplemental Information form that is filed with the Petition for Conservatorship.  This form allowed me to discover that certain people were telling me one thing and then putting something different in their official court documents.  This particular form is especially helpful because the petitioner provides more information about the justification for the conservatorship, including whether family members are being accused of abuse.

My gma’s conservator not only used isolation but also the strategy of divide and conquer.  He took steps to drive a wedge between me and other family members, care professionals, and in-home caregivers.  His communications with others were top secret, and we were also dissuaded from speaking to each other.  When two parties are not talking to each other, they are not going to compare notes to see if the conservator is telling the same story.  It is possible for two different realities to be created, with the advantage going to the conservator who is pulling the strings.

In my case, I had a hunch that the Hospice staff may not have been aware of the dire prognosis that the conservator made about my gma.  So, at one critical juncture, I made a point of sharing this prediction with them, and their behavior improved towards me.  I will never know what went on behind the scenes, but something began to shift.

While working within the system to bring truth to light, I also reached out to outside agencies in hopes of creating some accountability.  As many others have experienced, Adult Protective Services took my report and then would not communicate with me for follow-up.  I then found out through the court investigator that my APS report had been forwarded to her.  The police were more helpful, since they did at least do a cursory investigation.  Interestingly, by the time an officer came to the home, Hospice had temporarily removed the morphine, so he was hard pressed to determine that my gma was in imminent danger. However, when the morphine was returned, it was decided that family members–rather than the paid caregivers–would have the authority to administer the powerful narcotic.

It is also important to note that any individual professional who has a license can be held accountable via a complaint.    You might consider a complaint to the licensing agency for a Hospice agency, a skilled nursing facility, a hospital, and even for individual nurses and social workers. I know that this strategy has been helpful for some in regaining access to loved ones in facilities who have their own regulations that prohibit them from restricting visitation.   You just need to know the right licensing body and how to make the report.  Just because the conservator may be giving unethical or illegal instructions does not necessarily mean that those who carry them out have immunity.

Of course, most of you know what can happen when a loved one ends up doing one or more of these things:  the concerned individual can be targeted for all manner of attack, including character attack and even threats to property and person.  Being assertive brings backlash, and it is not easy to remain strong.

I, too, was accused of being a family member behaving badly.  My police report was filed only to harass the conservator and his caregivers.   I did it because I was angry that I was no longer in charge.  My denial about my grandmother’s supposed impending death was causing me to sabotage her care.  Each accusation was like a black stripe on a jumpsuit that others were trying to squeeze me into, since, according to them, I was the true villain.

When put in a situation like this, it is easy to start acting out in a way that fulfills the prophecy.  It is easy to allow the accusations to get under your skin and to do something–or say something–that can seal the case against you.  In my case, I had to apply many of the self-calming techniques that I have taught to others for remaining in control in an out of control situation.  And forming a strong support system was essential.  My mantra was “Power under Control,” which is one definition for meekness.  I had to exert any power I could find because I was up against a mighty foe.  Yet, I also needed to carefully choose my responses so that I did not join them in assassinating my character.

You too might be facing a formidable challenge right now.   But I hope that–with tenacity–you also will push through and find some success.

*None of the suggestions contained in this article should be construed as legal advice, as I am not an attorney.