Living With Someone Through Grief

Home/Living With Someone Through Grief 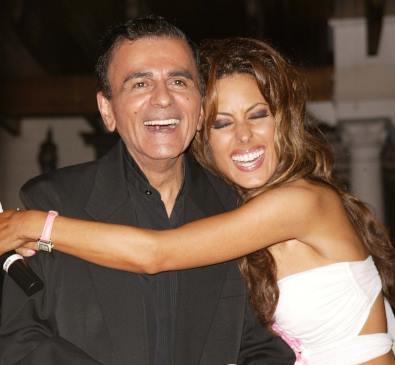 It’s that smiling face the country has seen countless times, legendary broadcaster Casey Kasem whose legacy was tarnished by a deteriorating public death, one before his time. What I didn’t expect to learn was how his daughter Kerri Kasem would teach me how to stand tall while carrying the weight of grief. The one emotion and nightmare we all fear; losing a loved one.

I’ve seen my share of heartache growing up loving an addict. Each
time I received a call saying my brother was once again in the hospital from either a wreck or bad mix of his prescription pills and alcohol abuse, I suppressed my emotions and silently laid awake at night overwhelmed with worry. I shut everyone out as I preferred to deal with pain alone, and addiction is a disease that can be conquered.
I couldn’t imagine, coming to terms with a loved one falling ill to diseases like Casey Kasem’s dementia and Parkinson’s that has no cure, only a racing clock. The final days for children to say goodbye to an ailing parent are crucial to a person’s life after death. For Kerri, those moments were stolen.
Instead of rubbing Casey’s feet at night, she was locked outside her father’s home hoping her chants, along with her siblings, family and friends would be heard through his mansion walls that imprisoned him. His captor, according to reports, his wife, who will soon face a civil trial for his death.
Most people in Kerri’s position would be consumed by hate. The published medical records showing how the
legend suffered unnecessarily would have broken any child, instead this petite framed woman, mustered the strength of an army, her arsenal was emotional support from loved ones, and a mission of justice helping her to stand tall and keep going in his honor. Casey’s death was bigger than a daughter’s grief it was a real life example of court injustices thousands of family’s face, while they are grieving a dying loved one.
Kerri took her moments to mourn then the grief turned to anger which ignited her quest to take on all the medical, police and government agency’s unable or unwilling to help her with each citing it was out of their jurisdiction. Her pain wasn’t to be in vain but to take on out-of-date laws and create new ones.
At times, as her roommate and friend, I see her operating around the clock until her body appears weak, but her mind won’t listen, after all now she’s officially a lawmaker with her bill passing in six states so far, with three more in progress. I watch her pack, unpack, and pack again traveling from one state to another. Peace of mind isn’t solitude for her it’s helping prevent others from the same grief she endured.
But to do so, to affect change on such a large scale she has to keep living through her greatest nightmare. She has to recall the torture Casey suffered. She has to recount what it felt like to have a row of cops blocking her from seeing her dying father because his wife had legal control. She has to repeat the countless court appearances it took to gain control as her father’s guardian. Victories that came too late. Even now, every state legislature she stands before to get a bill passed for other family’s to have control over their loved ones, she has to swallow her pain and be at peace with the way her father died.
How does one tell the horrible details over and over again without tears, without rage? For Kerri it’s the driving force to fight for others, since she can no longer fight for her dad. She’s now a strong voice for the weak. She has an open door policy to strangers, if a person reaches out and wants to share their story of abuse or neglect, the turmoil they went through fighting to see a loved one suffering, she listens, even if its two hours later, she’s stays on the call and responds to every email.
The thing about shouldering emotional and mental weights of others, it’s heavy and eventually the person trying to bare it all will bend. It doesn’t happen often but I’ll see her on edge, with a short fuse or breakdown in tears over frustration. Each time it’ll last mere seconds. Just enough for a release then within minutes she’s right back on the phone talking to lawyers, doctors, politicians, family members of victims and other advocates, with laser sharp focus and determination strong enough to change cosmic laws.
Just like Casey had the gift to sooth us with his voice, to connect people from all walks of life with his words, Kerri’s words now heard on congressional floors has been echoing loud enough for legislative change, connecting people not through music but through pain, suffering and giving it a purpose.
A person’s energy both good and bad feeds off one another. It’s tough to watch and listen to a loved ones anguish but living through their pain, makes their joys that much sweeter. Our house doesn’t wallow in pity, or defeat, its filled with dreams that go beyond us, beyond personal suffering and into what I believe is our purpose in life; to relate to one another, to share, connect and make a difference in the world.
Personally I stopped wearing the bullet proof vest I strapped over my chest to protect my heart. Kerri’s openness helped me better express my heartaches. My brother’s an addict, with that comes a life of fear, not knowing if a call from home will be “the call” I’ve been dreading.
I’ve always said, “I brace myself for tragedy and pain for when it comes I’ll have the strength to remain.” I now know I’m strong enough to withstand insurmountable grief and pain, after all, I watch a woman face hers every day. Thanks to my friend who fights the good fight and teaches me how to live courageously through it.
Source: http://www.huffingtonpost.com/melissa-mccarty-/living-with-someone-throu_1_b_10214746.html