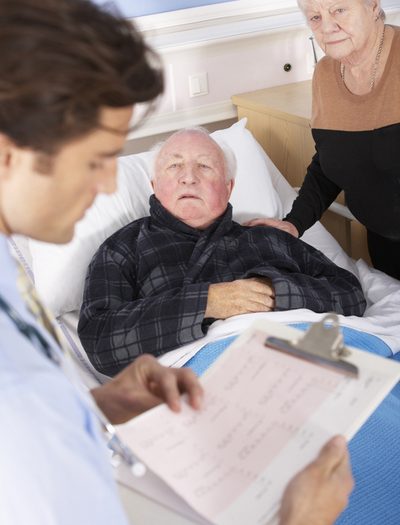 Vulnerable people who have sought help from psychiatrists and psychologists have been falsely diagnosed and forced to undergo unwanted and harmful psychiatric methods. Many thousands have died. CCHR investigates these and other psychiatric abuses. We can assist you with your evidence and reports of criminal psychiatric practice.” A quote from their website.

“In today’s high-pressure world, tradition is too often replaced by more “modern” means of dealing with the demands of life. For example, while once heavily community-, church- and family-based, today the task of caring for our parents and grandparents routinely falls to organizations such as nursing homes or aged-care centers. There we trust that professionally trained staff will take care of our elders as we would.

Doubtless, 67-year-old Pierre Charbonneau’s wife and family felt this way when he was rushed to a hospital suffering from a severe anxiety attack reportedly related to Alzheimer’s disease. Displaying “acute agitation,” Pierre was prescribed a tranquilizer. Ten days later he was transferred to a nursing home where the drug dosage was doubled, and then tripled three days after that. His wife, Lucette, found him bent over in his wheelchair with his chin touching his chest, unable to walk and capable of swallowing only a few teaspoons of puréed food.

A pharmacist warned Lucette that her husband was possibly suffering irreversible nervous system damage caused by major tranquilizers. The family called the nursing home and requested that the drugs be stopped. It was too late. Mr. Charbonneau’s tongue was permanently paralyzed, a doctor later explained, and he would never regain his ability to swallow. Nine days later, Mr. Charbonneau died. The cause of death was listed as a heart attack.”

For those who contemplate how to arrange care for much-loved and aging parents or grandparents, it is vital to know that this tragic story is not an exception in elder care today. Read more at: HTTP://WWW.CCHR.ORG/CCHR-REPORTS/ELDERLY-ABUSE/INTRODUCTION.HTML